I literally have no time but I just had to pull myself away for a little bit to write my own personal review on the latest anime movie 君の名は。It was sensational. Just right off the bat, it was absolutely incredible. Within the first 15 minutes, I was hooked and it immediately climbed to the top on my list of favourite anime movies. I know that I’m not usually this thrilled over anime movies but this was incredibly beautiful.

END_OF_DOCUMENT_TOKEN_TO_BE_REPLACED

If you’ve read my Ed Sheeran concert post from last year on my other blog- Linn Tells A Story , you would know that I spent around 7-8 hours before the concert dealing with a whole bunch of eleven-year-old kids as they spent their first official day in High School. It was exhausting, despite all the crazy sugar-driven children being so damn adorable. However, my time and effort were recently rewarded with a free movie ticket. (Which I only just received last Wednesday.) Now, let me tell you about my relationship with the Cinemas. I don’t go very often. In fact, you could say that I never go. Don’t believe me? The last recorded trip that I made to the Cinemas was when Frozen came out. Yup, that’s right. Plus, that was with a free movie ticket as well. I’m not afraid to say it. I’m an excellent cheapskate.

So as you can tell, I went to movies, just two days ago in fact.

It was with a bunch of friends, all of them were guys. (because apparently Dead Pool’s a complete turn-off to women in general.) And I get it, my parents didn’t want me to go and watch it but they were completely okay with my brother going to see it. It’s just that whole sexist thing where women should not be allowed to watch slightly corrupted films. Okay. Well, my parents are currently out of town, so I went. Ain’t nobody gonna stop me from witnessing the great Dead Pool.

I’m just kidding, my parents were cool with it in the end. It’s just a movie after all.

Anyway, enough chit-chat. Time to get on with the review.

Dead Pool is apparently the most unique mutant ever. (I’m just trying to respect his wishes of not being called a SuperHero) But really, I don’t even know what the criteria for qualifying as a super hero is. To me, I think that a Super Hero is anyone who saves the day. So who cares if Dead Pool’s a tad bit overboard and kills all the villains in the most horrendous way possible? That’s cool. It’s completely fine by me. He’s definitely getting the job done. If you ask me, the only thing Marvel should be worrying about is how they’re going to keep producing villains for Dead Pool to kill, because obviously it’d be absolutely ridiculous if any of the villains came back from the dead. At least with all the other non-violent Superheroes, Marvel can just get away with saying that all their villains busted their butts out of jail.

Now let me  just lay down my understanding of Dead Pool.

I first met him in one of the X-men films. I think it was one of the later ones. You remember that fight scene were Dead Pool was being a gigantic pain in the butt by assuming all of the X-men’s mutant powers and refusing not to die even though he was fighting Wolverine? God I hated him. Which was really hard to too because I’m a pretty avid supporter of Ryan Reynolds.

Anyway, after watching that, I really can’t comprehend how it pairs up with this movie because wasn’t he a bad-guy in that last X-men movie?

So according to my understanding, Marvel completely stuffed up Dead-Pool’s character in the last X-Men movie and Ryan Reynolds only agreed to play that role if Marvel would let him starr in a Dead Pool movie so that he could portray Dead Pool correctly in his way. And so, there’s no point even trying to connect those two together.

I know that this was not really a review, more like a discussion/rant but I’m sick right now so I can get away with this kind of thing.

I’m going to be brutally honest from here on out.

Dead Pool was not the best Marvel movie. It wasn’t even in my top 3. It was okay in the sense that I wouldn’t pass it off as being ‘bad’ or anything, it just wasn’t as impressive. Especially, since my standards were set pretty high due to the whole hype that everyone was placing around it. I was expecting so much more than Ryan’s gross sex scenes and his constant swearing to cover that fact that he looked like some old guy’s butt after he’d just sat on a whole bunch of sauna rocks and his terrible prostitute of a girlfriend who played the annoying ‘I’m just a slut who only got the role because I agreed to get naked in front of the camera’ role completely spot on – just by the way (I know that she’s not but I’m going to just place her in that pile because sauntering around completely naked in front of a whole bunch of old geezers is just as vile- or even worse).

As you can see, I could critique this movie all day long.

Sure, this movie had some laughs but 98% of them were just sex jokes and it gets boring after a while. I mean if you’re not a pervert, or if you remotely have some sort of standard for quality films.

I did appreciate how honest this movie was in terms of pointing out its flaws, I’ll have to give it that.

But my god, is Colossus useless.

Are you kidding me?! You can’t even beat up some emo, plus-sized chick?! (By the way she really should stop consuming those matches, man wouldn’t it be great if she lit up on fire and you could just have Alicia Keys singing ‘Girl on Fire’ in the background.) I mean you’re frigging made of metal! And after that you have the nerve of coming in at the crucial moment to talk about how Dead Pool shouldn’t kill. Really? If he didn’t he’d be like you! And you’re one big-ass useless piece of shiny shit. Who even let this guy into the X-Men anyway? Why couldn’t they have just gotten Beast to step in?

Come on guys, step up your game.

Now, here’s just a thought. Maybe Ryan Reynolds wasn’t ever cut-out to be a super-hero. I mean have you seen Green Lantern? Look at how crap that movie was. First of all, Green Lantern’s supposed to be Black. And what do you do? You bring in a white guy. Come on. What are you guys trying to play at?

We’re lacking ethnically-diverse super heroes as it is.

Also, that whole ‘I’m going to toss my girl-friend into a glass coffin and then toss that off a big-ass bridge’, yeah, it ain’t never going to happen. How is she still alive from that fall? It’s glass! The pressure would’ve shattered it and she would’ve at least gotten some sort of whiplash as a result from the fall. Maybe Ryan Reynolds should just stick to the whole romantic-comedy side of Hollywood.

He’s not doing a great job of handling the script or the whole super-hero gig.

Let’s be honest and not try so terribly hard to kiss Marvel’s ass here.

And with that, Imma just say that I’m glad that movie didn’t cost me a single cent and I’m out! 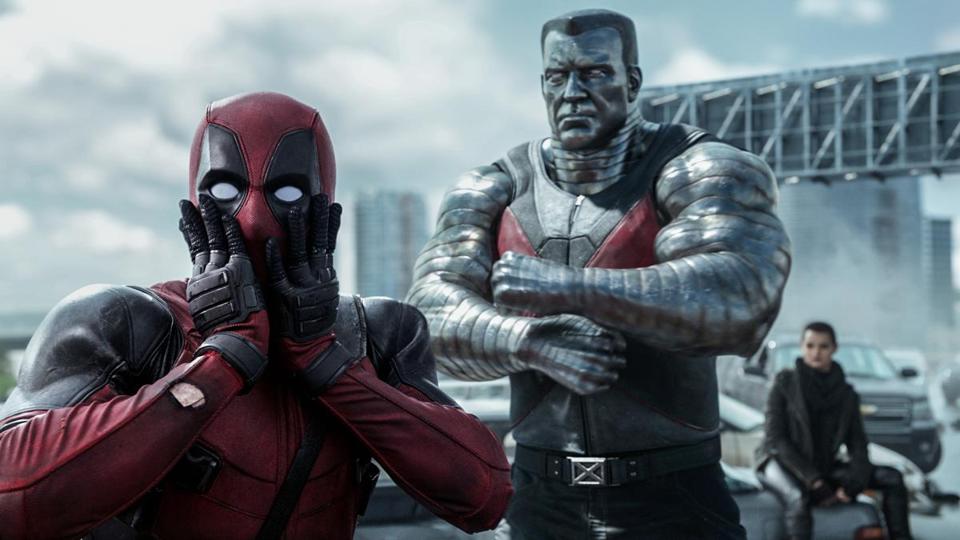 Yeah, I gave my honest opinion on it. Ya’ll be like: ‘OH MY GOSH. SHE HATED ON DEAD POOL’ Damn straight I did.